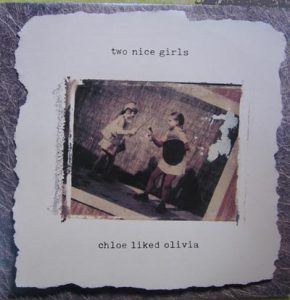 The final Two Nice Girls album. As with 2 Nice Girls we went for a big, expansive sound starring lots of guest players. We emphasized a democratic approach on this album, with the songwriter acting as “song captain” and helming their own ship to a greater extent. I like my own contributions to this album, but I find myself mostly listening to my bandmate’s songs. To our shock and dismay, Rough Trade went out of business four monthes after this was released which interfered with its lifespan. Not quite our swan song, since we did a cassette-only demo a year later, this is the last readily available offering.