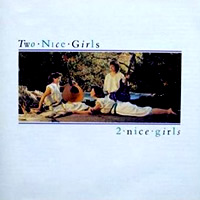 What an album. I was beyond thrilled to be signed to Rough Trade, the only label I wanted to be on. I loved recording basic tracks at Willie Nelson’s fancy studio out at Pedernales. I did not love it when the IRS closed the facility down for back taxes and locked our masters within. I did love doing the final mixing on the Neve console at Austin City Limits during christmas break. I did not love it when the Cowboy Junkies had a hit with their acoustic and mellow cover of Sweet Jane two monthes prior to our record being released. I did love all the doors that this album opened for us regarding international exposure, touring and good press. I did not love that it spelled the end of Laurie Freelove’s tenure in the band. I do love that people are still interested in owning it and that we’re finally getting our asses in gear to re-release it on CD so that people needn’t pay top dollar on eBay for it any longer.